When I was a green Blade HQ employee, I thought paracord was just used for making survival bracelets and wrapping knife handles (oh, young grasshopper… you had so much to learn). Now, however, I consider myself to be more of a yellow Blade HQ employee, as my knife and gear knowledge has expanded significantly. Some of this is due to our customer Richard who is like the Michelangelo of paracord. I wanted to feature a few of the things he’s made. Some are fairly common while others might just blow your mind.
As a side note, anyone know what the opposite of being “green” would be? —Red? Orange? Maybe for Blade HQ it should be blue. …Life is so complicated. 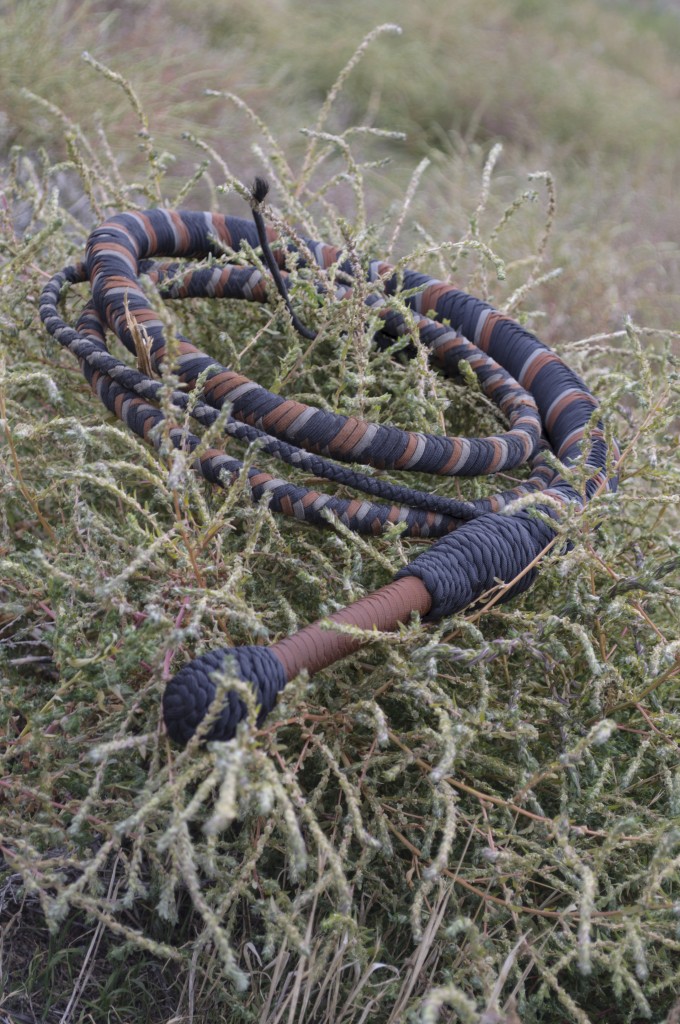 This paracord hoss is basically famous. It won first place in the paracord contest at our 10-year anniversary and grand opening party. Does that surprise you? It shouldn’t.
It took Richard 550 feet of paracord, 50 hours, and probably some numb fingers to finish this whip. It is constructed entirely with paracord with the exception of a copper pipe that rests in center of the handle and extends to the start of the whip for stability.
One very important word of caution from Richard: if you ever make your own 10-foot-long whip, don’t use it when it’s windy. (I got the impression he has experience with this.) 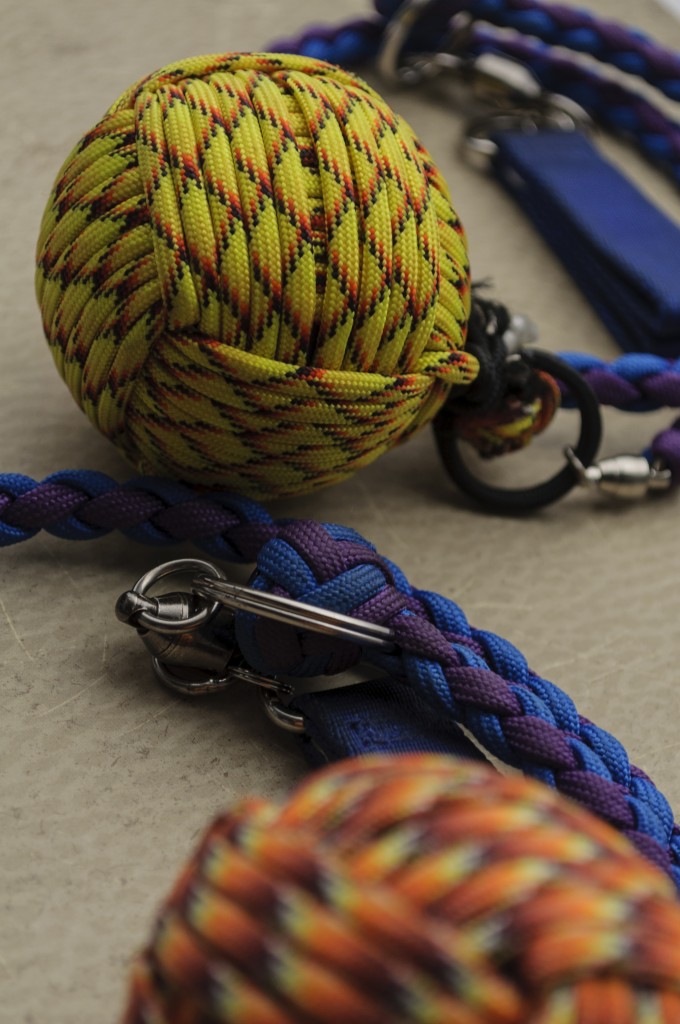 It’s kind of difficult to see from the picture, but these are used for poi. Inside each monkey fist is a racquetball, and each one is attached to a separate line of paracord. Basically, you spin these tethered balls (also called poi) around, one with each arm. I’ve heard this originated from Hawaii in the form of fire poi. (Don’t try this at home.)
It looks pretty cool, and it’s fun, too. Some people get really good at it. 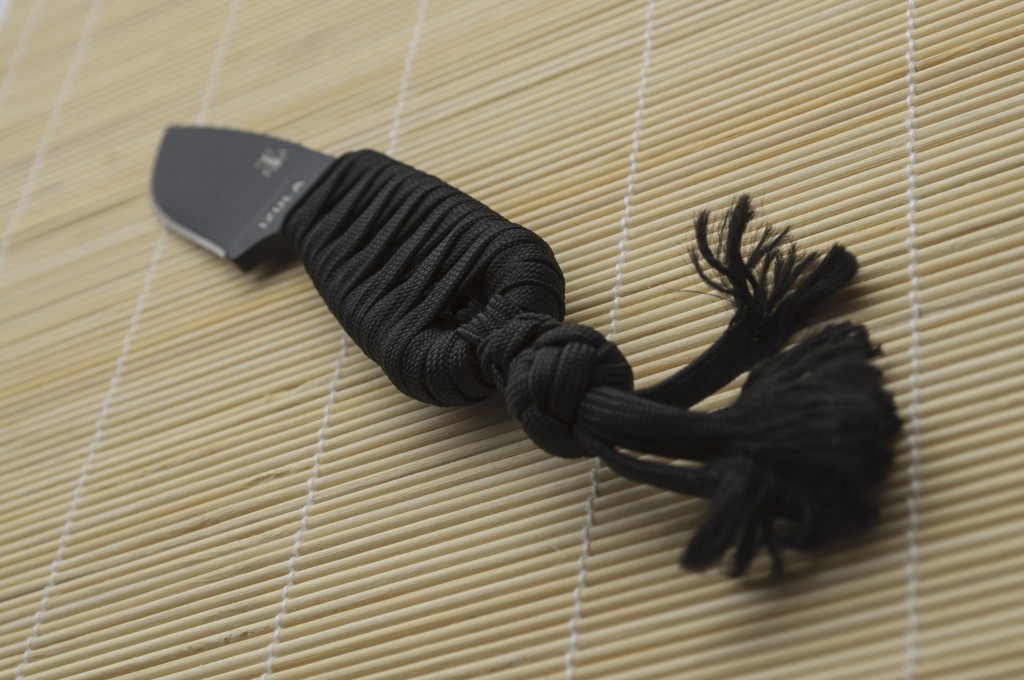 This is pretty self-explanatory, but this is a katana stitch on an Izula. It looks pretty cool. 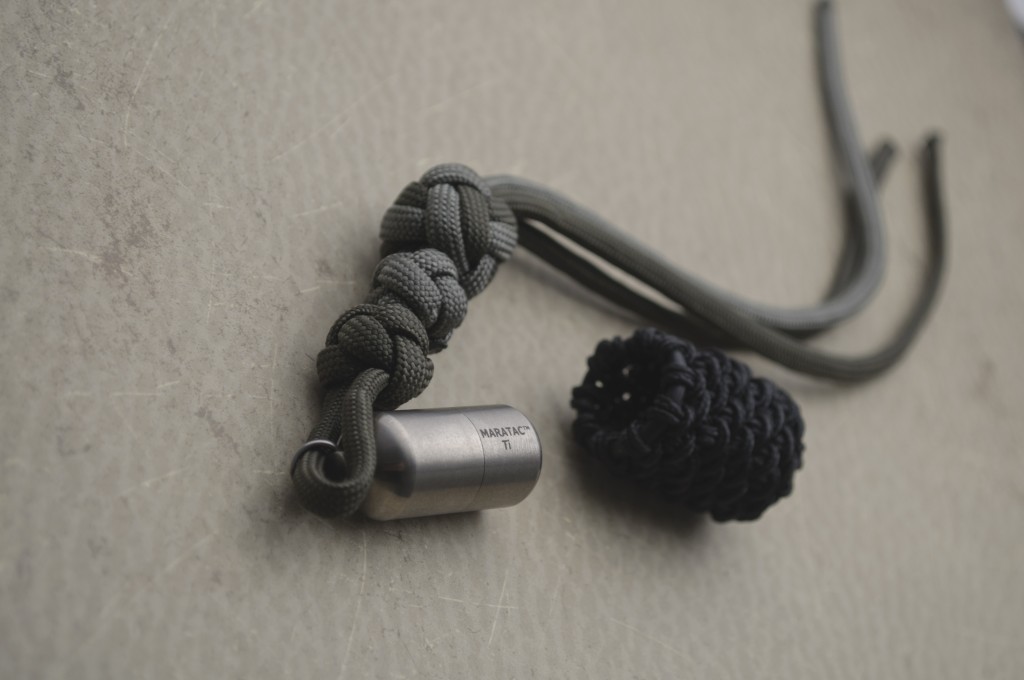 The peanut lighters are without a doubt the most popular lighters here at Blade HQ. They are quality, compact, and just awesome in general. It’s seems only fitting that Richard would give his lighter some paracord love in the form of this basket weave.

What crazy paracord creations have you made? Post some pictures for us to see!
Don’t forget: you can find all the paracord you could ever want at Blade HQ. Be sure to check it out!