Karambits are cool, right? It seems like everyone loves them, but for some reason there doesn’t seem to be a lot of content out there about them. Why? We think it’s because they can be a bit intimidating to look at or ask about. So what the heck is a karambit, and why do people use them? Well, let’s talk about it. 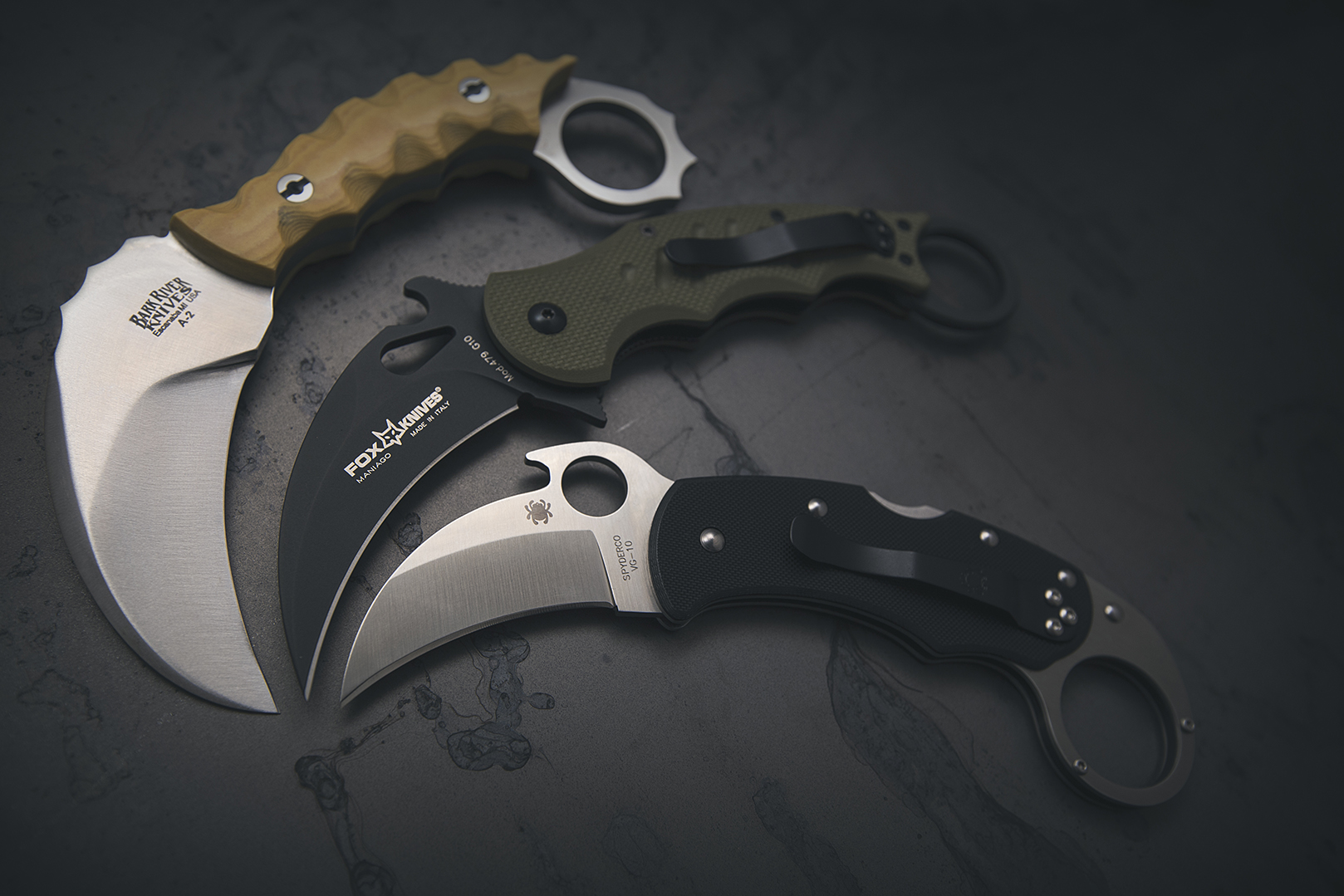 The karambit finds its roots in 11th century Indonesia. The first adaptation of the knife was an everyday utility blade and farming tool that was most often tasked with raking roots, pruning plants, and even cleaning and maintaining livestock. Styled after the claw of a large cat, the karambit knife was designed to be highly efficient with minimal effort.
At the time Indonesia’s trade industry was thriving, allowing the karambit to quickly spread to other parts of Southeast Asia. As the knife gained traction elsewhere, it began to work its way into the “defensive weapon” category as it was found to be comfortable in hand and very useful in hooking and gaining control of an attacker’s appendage. The karambit likely did not have a finger ring initially, but it was probably added as the knife evolved into a defensive weapon. It is likely, however, that most old world karambits had multiple cutting edges along with a less pronounced curve in the blade. 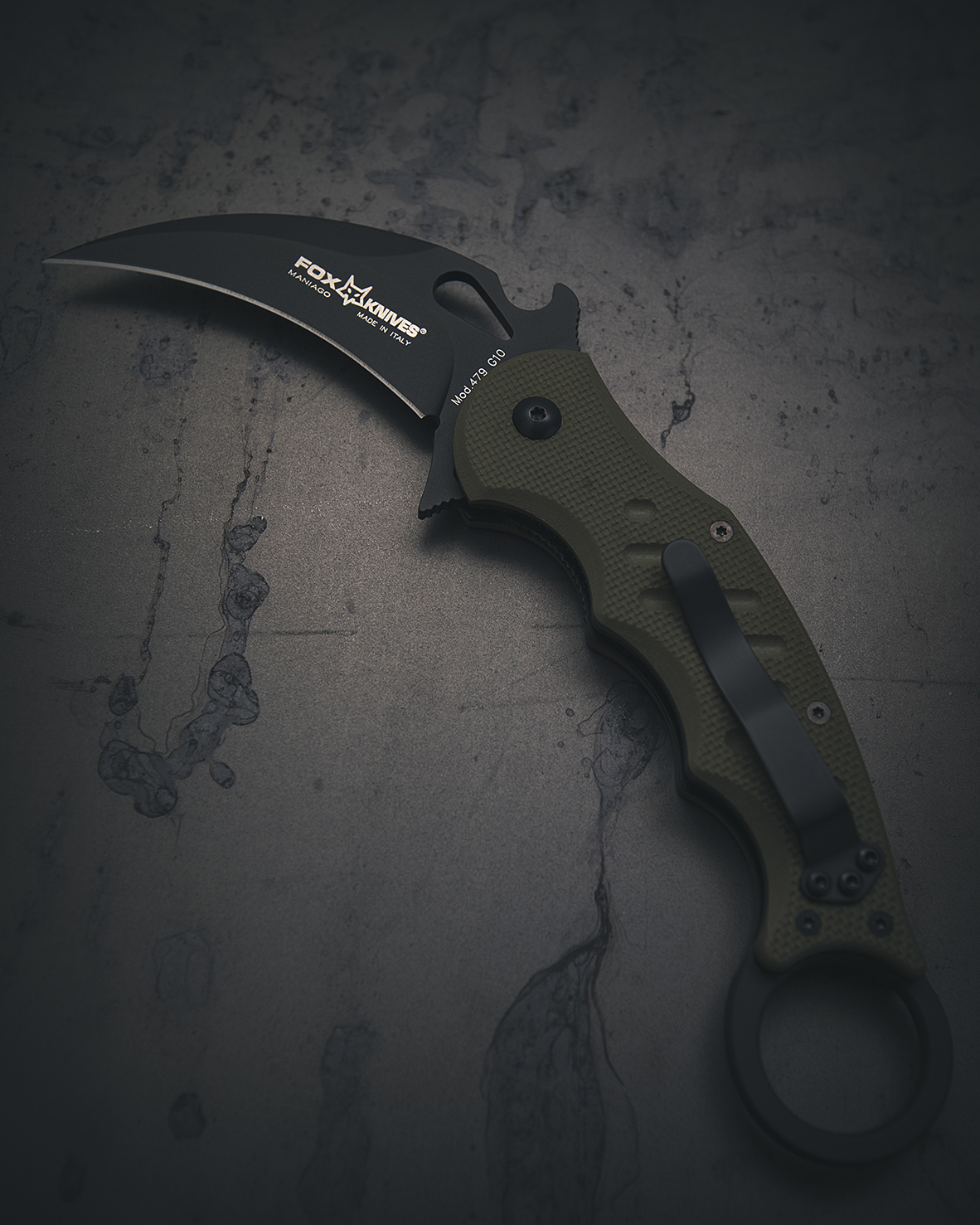 Fast forward to present day and karambits are still used as EDC blades, as well as defensive or tactical blades. Offered in both fixed and folding styles, it is likely that you can find a way to comfortably carry a karambit. Many folding karambits like the Fox Knives 479 (above) and the Spyderco Karahawk (below) feature Emerson Openers, which allow the blade to deploy one handed, straight out of the pocket. 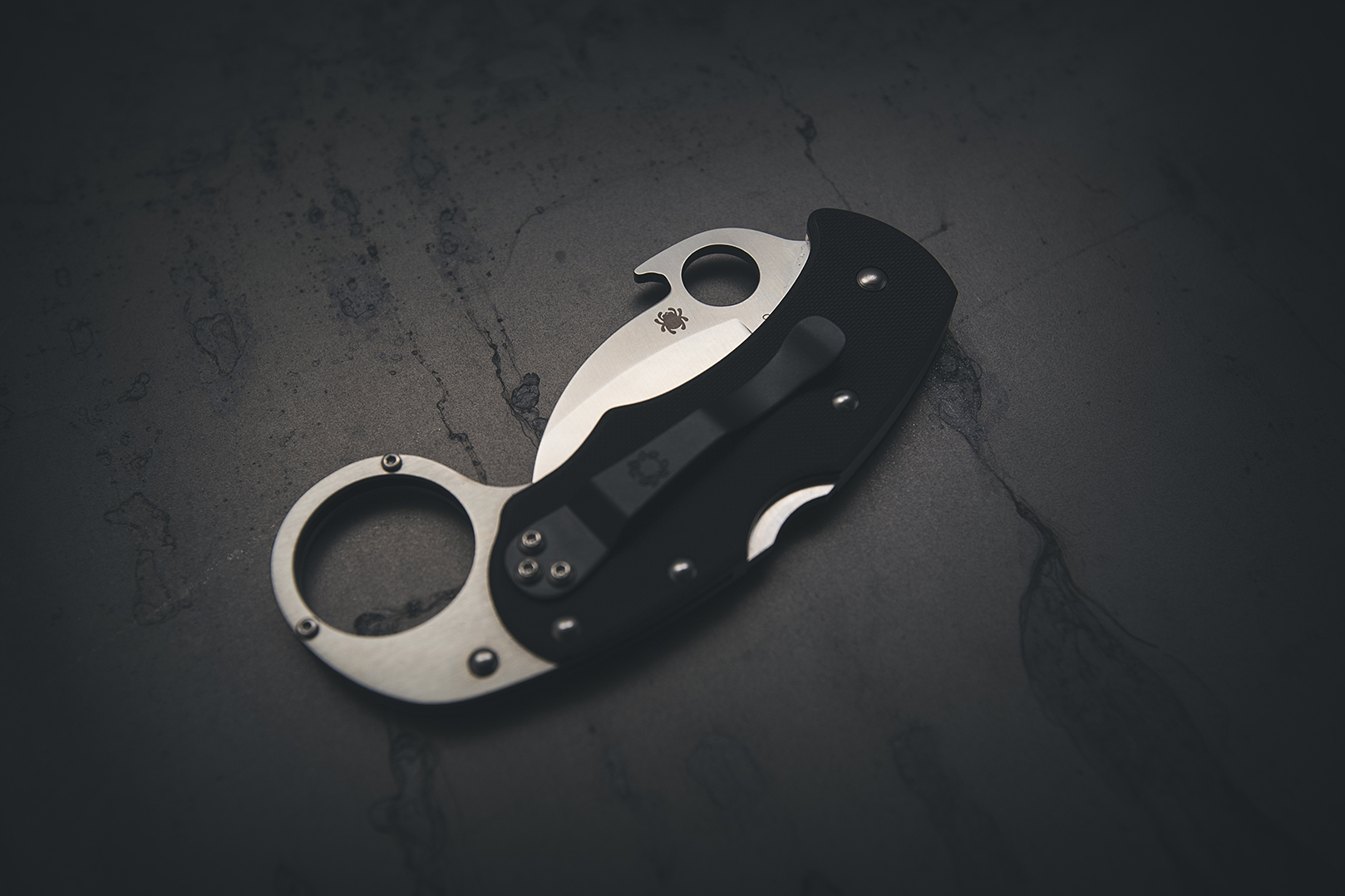 In Southeast Asia, the karambit is still one of the pillars of the fighting style Pencak Silat, a class of related martial arts originating in Indonesia. The knife is also popular amongst Military and Law Enforcement to protect dominant side weapons.

Another new development is the act of spinning. Not useful for much more than entertainment or intimidation, spinning is not recommended in many karambit circles. Karambits have also gained popularity with the release of the game Counter-Strike: Global Offensive (CS:GO for short) in 2012. They are a popular last resort weapon because of their cool look and ability to be skinned with different colors.

So, karambits were made to be useful agricultural tools that slowly evolved into fighting knives, but still retained their EDC practicality. They are thought of as the pinnacle of tactical blades and come in all sizes, colors, and locking mechanisms. Whether you are planning on using it for self-defense, or as an everyday utility tool, the karambit offers functionality that is unsurpassed and has lasted for centuries. If you’re into knives like we are (and we know you are), you’ve probably already been browsing the site, looking for your own karambit to try out.
Check out our Best Karambit Knives guide to find the one that fits your needs.
Check out our Instagram for more content on karambits, and almost every other kind of knife: