As I’ve probably said a million times now, but I am going to say it again, I love seeing knives pop up in different movies and TV shows.  It’s awesome.  It’s like we are being let in on a little secret no one else knows about.  Whenever I am watching something, I always have my eyes peeled for any great knife cameos.
One keen-eyed knife guy was able to spot a pretty impressive knife in season one, episode two of Better Call Saul.   Several fantastic knives popped up during the run of Breaking Bad, so it only makes sense this spin-off would also feature a pretty great collection of knives.  Check out the latest knife cameo in the tweet below.

The Cold Steel Espada is a pretty impressive knife.  Considered a “Folding Sword”, this knife is one of those knives that most knife guys have been secretly lusting after for a while.  The perfect blend of practical and tactical, these knife feels right at home in a show like “Better Call Saul”.   It’s one of those knives that looks both functional and bad ass, at the same time.
Pretty cool huh?  Have you been able to spot any other knives popping up on TV lately (Looking at you Walking Dead fans)?
And don’t forget, BladeHQ has a Snapchat now!   Stay up to date on all the latest and greatest by adding us on Snapchat!   Use the pic below, and never miss another knife snap! 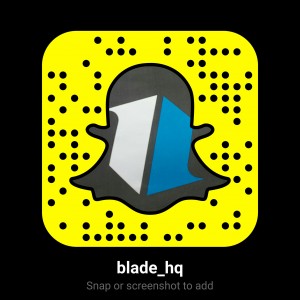 Let us know what you are thinking in the comments!  Until next time, keep those eyes peeled for any more awesome knife cameos!