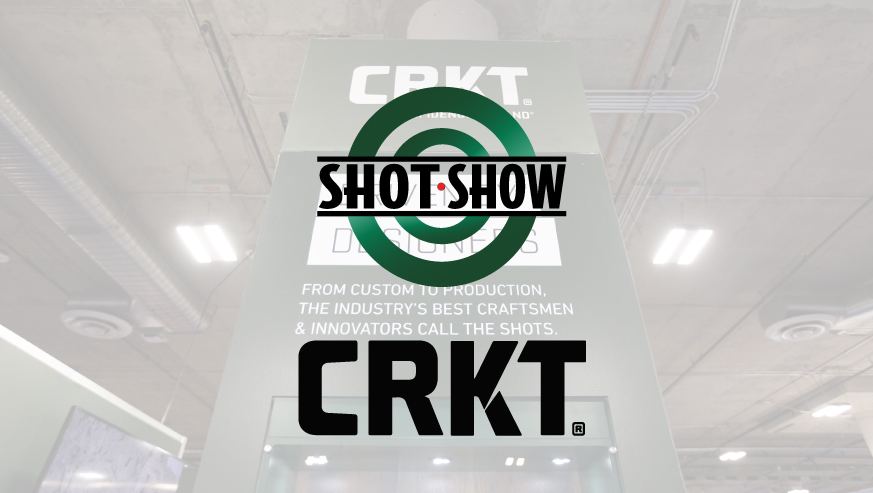 SHOT Show 2017 was a very strong show for CRKT. They announced many new knives and tools, including plenty of collaborations with big designers! Let’s break down our favorite new stuff from CRicKeT by designer.

This year at SHOT Show 2017 we were introduced to the Remedy, from Liong Mah. This aesthetically flawless everyday carry is modeled after a traditional Finnish Puukko knife, and honors its legacy with the simple looks and versatile utility.

Ken is picking up right where he left off from last years SHOT, with his new design, the the Hi-Jinx. This is an EDC knife that is designed to go everywhere and do everything.


Also from Ken is the CRKT Gusset. The gussets of a metal dune buggy frame add strength and reduce weight—the Gusset by Ken Onion is extremely lightweight and earns serious style points. Pretty obvious to see where he got his inspiration from this knife.

There are a ton of great designs from Vox in CRKT’s SHOT Show 2017 lineup, and they aren’t just blades. The Snailor, a popular custom bottle opener from Voxnaes has made its way into production at CRKT!


But, Jesper designed more than a few knives for CRKT as well this year. The one we are most excited for is the Pilar. It’s a small, butcher knife-esque edc blade that is sure to be a hit.

Last but not least we are taking a look at the new BRNLY lineup from CRKT this year. Lucas is know for making beautifully usable knives. This year is no different. The Strafe, a fixed blade designed by Lucas, is our favorite new knife from BRNLY/CRKT. According to CRKT “The Strafe™ tactical fixed blade is born of both an admiration for sleek Japanese design and a fascination with U.S. military combat technique. The angular, rakish blade mirrors a classic tanto shape, and the slight design makes this knife swift in motion, and an extremely lightweight to carry.”


If this simply wasn’t enough CRKT coverage for you, or you’d like to see what else some of these amazing designers had to offer along side of CRKT, check out our booth overview here:


Also don’t forget to follow us on Instagram, Facebook, and Twitter for much more coverage, including end of day Facebook live recaps! And of course be sure to check back to bladehq.com/shotshow for all the latest coverage on everything sharp at SHOT!